Next chapter: coming later this year

From word shapes to paragraphs

During paragraph composition, words are set one next to the other in the writing direction (see Figure 1) and separated by word separators (typically a word space) and other punctuation to form lines (see Figure 2). Note that some scripts do not have established conventions for the use of word separator and punctuation, e.g. Chinese (Daniels & Bright, 1996). Following the customary order of lines on a page (see Figure 1) a paragraph is formed. At the end, the paragraph may be separated by a selected paragraph separator (end of line, blank line, indent of the following line). 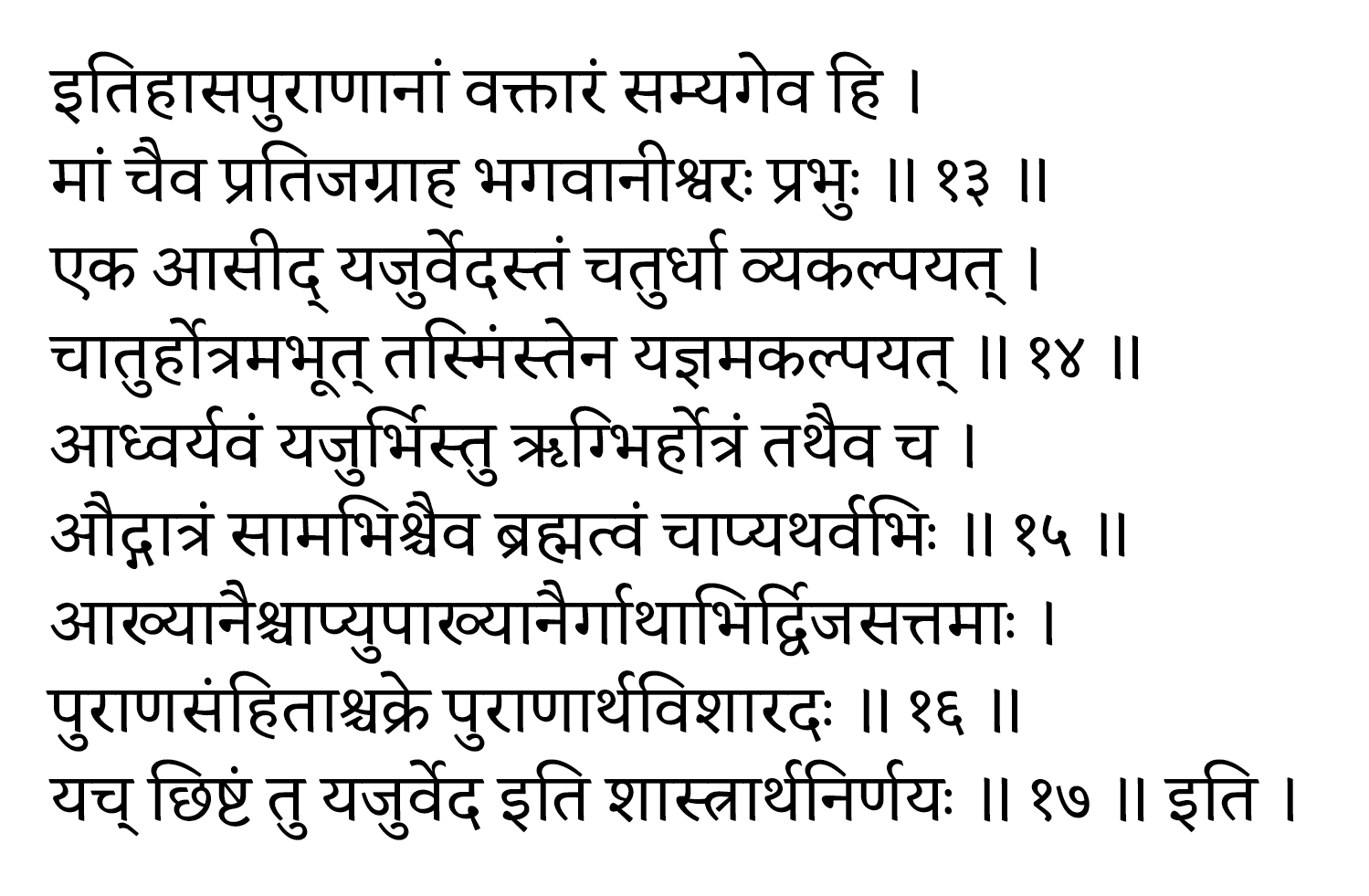 Paragraph alignment creates a major technical challenge. When focused on the horizontal direction, there are four common types of paragraph alignment: aligned-left (also called ragged-right), aligned-right (also called ragged-left), horizontally-centred, and horizontally-justified. The centred alignment centres the lines causing ragged edges on both sides of the paragraph. When aligned-right or aligned-left, the lines get aligned along one edge while leaving the other edge ragged. When horizontally justified the lines get aligned along both edges. Alignment in the vertical direction is analogous. See Figure 3.

Typographers use various techniques to achieve full justification or to reduce the raggedness of the lines’ edges. Here are some of the common ones that are used to extend or shorten lines to fit the intended width, i.e. to justify them:

To achieve an aesthetically pleasing paragraph setting, you might need to employ several of these techniques at the same time.

Figure 4: Example words set in (top to bottom): Russian (in the Cyrillic script), Greek (in the Greek script), English (in the Latin script), Arabic (in the Arabic script), and Hindi (in the Devanagari script): default setting (1), tracked with additional space (2), and stretched using extending glyph (in red) (3). Note that the extending glyph used in the Arabic script (called kashida or tatweel) is not applied uniformly. Also note that the additional space and the extending glyphs in Devanagari are added between syllables rather than individual glyphs. Insertion of an additional space is not an acceptable technique for the Arabic and Devanagari scripts as it breaks the links between characters. On the other hand, applying the extending glyph is generally not used for the Cyrillic, Greek, or Latin scripts. It is shown here only to further illustrate the absurdity of an inappropriate tracking/stretching technique. The fonts used are Skolar Sans PE Extended Extrabold (the first three lines), Marlik Extrabold, and Ek Mukta Extrabold.

Where words are hyphenated depends on the conventions of a particular language and the document genre. Arabic or Persian do not hyphenate words, for example, while Uyghur, that also uses the Arabic script, does (Haralambous, 2021).

Line spacing (or leading) can be fully controlled by the designer in most contemporary typesetting software. When working automatically, the paragraph composer may set the line height to accommodate the font with the tallest vertical metric, i.e. the height of the glyph boundaries. This is convenient when mixing multiple scripts with different use of vertical space, but it may lead to uneven line spacing (see Figure 5).

Figure 5: The third line in this example gets automatically shifted lower to accommodate the predefined vertical metrics of the Devanagari and Arabic fonts, although the particular words would fit well. The fonts used are Skolar PE Regular, Skolar Devanagari Regular, and Nassim Arabic Regular.

Paragraphs that mix scripts with different reading directions create further challenges. Bi-directional setting is especially common in semitic languages such as Arabic or Hebrew that run from right to left, but often use Latin-script numerals and text snippets, e.g. email or web addresses. The composer changes the direction and position of the characters as users type (see Figure 6). This becomes crucial in word processors and online forms.

Figure 6: Typing an email address in the Latin script within an Arabic-script context may seem counter-intuitive to users who are not familiar with bi-directional type setting. Notice that the "@" and "." get positioned initially on the left, following the Arabic-script direction. They are moved to the right only after the following Latin-script letter is typed and it is clear they form a part of the email address that is treated as a whole. Note that the support for bi-directional content varies across software.

Hyphenation brings about another potentially confusing challenge where a word hyphenated in one direction continues on the next line, following the paragraph direction of the main script (see Figure 7).

Figure 7: The Arabic text is running from right to left, and since the rest of the line is too short for the complete Latin term, the word "TAXIFOLIA" has to be hyphenated. The remainder of the hyphenated word is placed at the beginning of the line, i.e. to the right, but aligned from left to right. The right part shows a schematic flow of the text; the flow of the Latin word is marked in red dashed arrows. Note that only the Latin text can be hyphenated as the Arabic language does not use hyphenation. From the newspaper Asharq Al-Awsat (2000, p. 15), supplied by Fiona Ross.

From contours to pixels

The majority of contemporary fonts use beziér curves to describe glyph contours. In order to display geometrically defined smooth contours on contemporary screens and printers, the contours need to be rasterised, i.e. converted to their visual representation in pixels. The results can differ greatly across computer platforms and printers. The technology used for rasterisation is principally script-independent, but it still requires consideration.

When dealing with visually dense scripts such as Devanagari, Chinese, or the Japanese scripts (Kanji, Hiragana, Katakana), it is worth paying attention to the quality of the rasterised image to ensure that important visual features are well preserved in low resolution (see Figure 8). 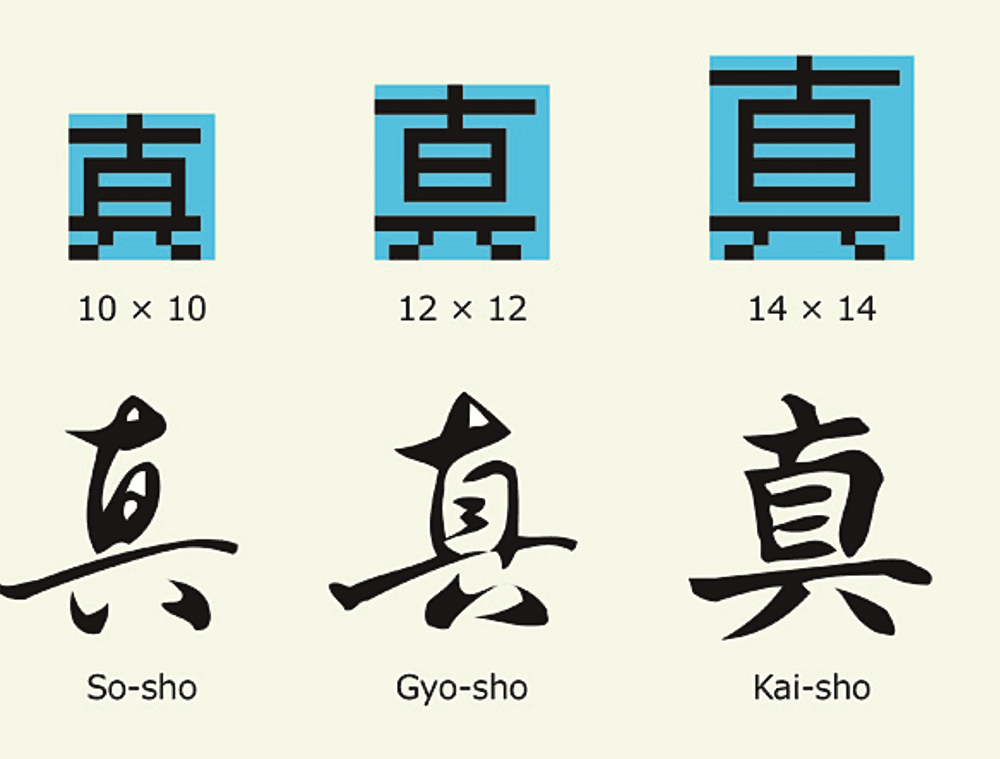 Figure 8: Designers simplify complex glyphs of Japanese Kanji at small sizes; the top row shows samples of the same glyph in the font Meiryo in three different sizes. The bottom row shows the same character in three calligraphic styles where the simplification is done for aesthetic reasons. Illustration from Larson (2007).

Depending on the rasterisation technique and the font used, there may be a marked difference between the overall weight of whole categories of shapes. For example, weight differences between round and straight strokes may become an issue when juxtaposing a script that uses a lot of straight strokes, such as Latin, with a script that uses more rounded strokes, such as Greek. The latter may turn out noticeably darker in smaller sizes even though it looks balanced in larger sizes. If the intention is for the two to look equally salient, the designer may need to implement a visual compensation: use a lighter or darker weight for one of the scripts.

Since the last quarter of the last century, the technology of digital typography has made considerable progress in supporting many world’s scripts. Yet, it is still not perfect to the point where it would always work smoothly without a designer’s intervention. Designers need to be aware of all the principles, limitations, and issues that come with each script and language to ensure quality in their digital work.

The last line of a justified paragraph can be dealt with independently, as a single paragraph, i.e. centred, ragged, or justified.
Note that some of these influence the word shaping discussed in the previous chapter.
This is particularly true for Arabic where the insertion of the extending glyph (called kashida or tatweel) is merely the simplest solution to automated line justification as the Arabic script can also use alternative glyph shapes including ligatures to perfect typographic justification. For further and more nuanced discussion, see Elyaakoubi and Lazrek (2010) or Nemeth (2020).
Among others, the Unicode Standard (2021, Annex #29) describes algorithms for determining default boundaries between grapheme clusters (user-perceived characters). Syllables in the Indian scripts are a perfect example as they can be specified using multiple code points and formed using multiple glyphs, some of which represent multiple code points.
The visual considerations will be discussed in one of the next chapters of this series.
Some systems rely on rasterisation instructions in fonts called *hinting*, while others ignore them or use only part of the hinting instructions. Discussing a highly technical concept such as hinting is beyond the scope of this mini-series.

What did you think?

What did you think of the article? We would sincerely appreciate your feedback.

Sign up for our newsletter and get notified when we publish the next one.

The Unicode Standard (Version 14.0). (2021). The Unicode Consortium. The most recent version is available from http://unicode.org